In the common space of the city, both people and vehicles must be able to move safely. In the past, sidewalks were often separated from the road by pipe barriers and low domes of concrete, but now, more presentable traffic control solutions are being used, which blend in better with the cityscape while providing greater security and better separation between zones.

Lighted bollards are the best solution for sidewalks and promenades

Lighted bollards are practical and safe, fitting into modern urban space, parks, and historic milieu. An effective example of a lighted bollard is the bollard Dalia, the beauty of which is most evident in the dark. The hot-dip galvanised steel epoxy primer and polyester paint coated bollard with a stainless-steel cover does not require any special maintenance and is well-resistant to changing weather conditions. The bollard is high enough to create a separated area for pedestrians, yet it does not create a fenced-in look like road barriers do. Globally, we can meet bollards most frequently in open city space, and the same trend could be applied in Estonia to a larger extent. 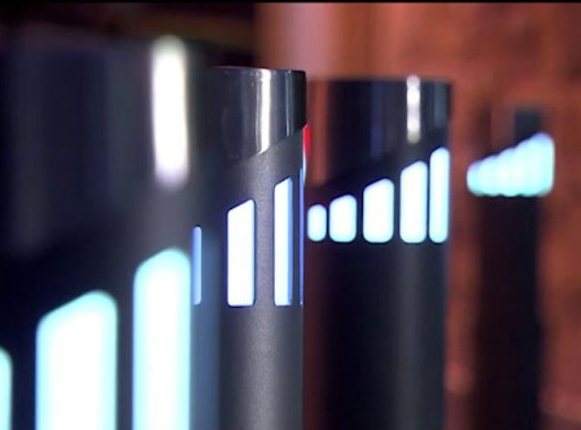 Inevitably, we here in Estonia also need to think about how to guarantee security around vital buildings, squares, and pedestrian streets that have been the victims of numerous car attacks elsewhere in Europe. Hitting a pedestrian may not always be a deliberate – a car can hit a person or crash into a building also as a result of an accident. We recommend surrounding areas that require a higher level of security in public space with extra-strong underground bollards, such as , which cannot be pulled from the ground, and which can withstand very severe collisions or crashes. In addition to squares and public buildings such as hospitals, schools, and government buildings, such extra-strong bollards can also be used in other traffic-hazardous areas, such as near quays and houses that are dangerously close to the road. The extra-reinforced bollard itself is 1.5 metres high and is mounted 0.5 metres deep into the ground. If desired, the inside of the bollard can be filled with concrete, which gives it even greater protection.

The Tallinn City Furniture Survey of 2018 recommends that level barriers should only be used where it is necessary to directly prevent pedestrians from entering the carriageway. While old metal pipe barriers continue to be very widespread in the cityscape of Tallinn, they do not serve their purpose well enough and often do not prevent pedestrians from crossing the road in the wrong place. With regard to cycle and pedestrian tracks and separating them from motorways, it is efficient and advisable to use modern fences such as , which can be installed both on concrete ground and on a portable metal base. However, when using a fence, it must be made sure that they are not used excessively and are installed only where they are strictly necessary (for example, at the start of a cycle and pedestrian track to prevent cars from entering the track).

Where possible, combine traffic limiting and separation of roads with bicycle racks

When there is no place to park a bicycle in the public place, most people will find a temporary spot, which may not always fit the cityscape. Therefore, it would be smart to combine the traffic restriction or zone separation with bicycle racks. The best bicycle racks are those to which bicycles can be locked by their frame. For example, the can be used to separate the green area from the cycle and pedestrian track, which thanks to its wood details blends into both modern and historical milieu and does not damage the painted parts of the bicycle. Another example of a bicycle rack that enables locking bikes by their frame is Fipo, which simultaneously functions as a bollard and bicycle rack. In addition to providing safety as a separator of carriageway and cycle and pedestrian tracks, it is vandal-proof and multiple bicycles can be locked to it. It is therefore well-suited, for example, to business centres, transport hubs, and schools. 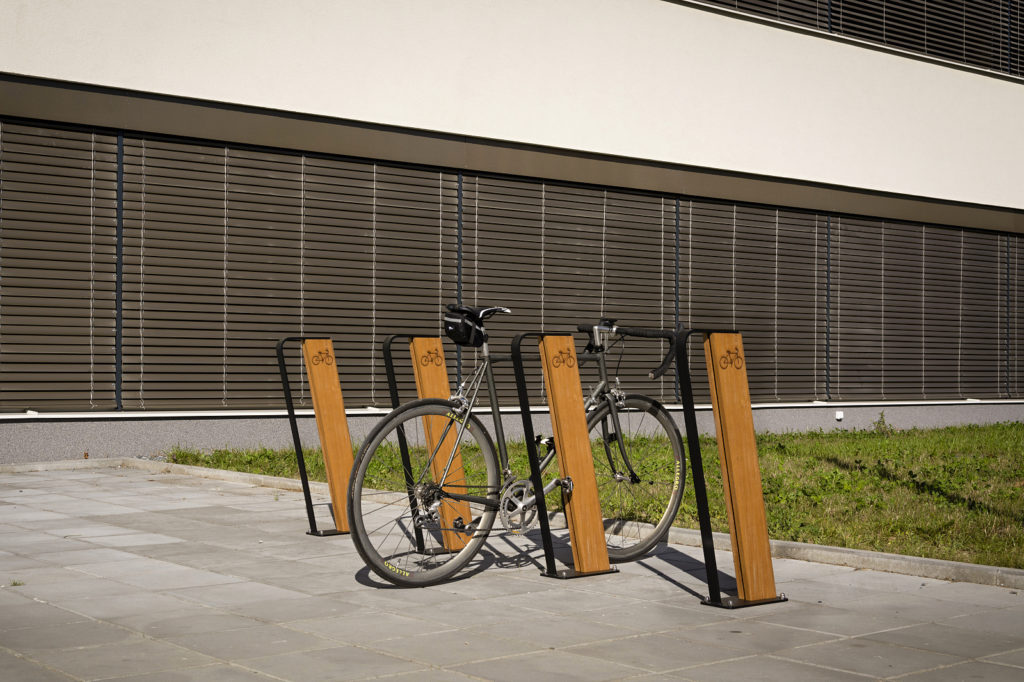 Bollards are nowadays considered one of the best traffic limiters, providing full protection for pedestrians from cars while allowing cyclists to move freely. Thanks to their appearance, they do not clutter the cityscape and fit perfectly into modern as well as historical milieu, acting as traffic limiters and dividers between different zones. It is recommended to install underground bollards in places and around buildings that require special protection. Along cycle and pedestrian tracks and close to buildings where many people cycle, we recommend installing bollards which also serve as bicycle racks.

Check out our selection of Dambis bollards: https://www.dambis.ee/en/product-categories/bollards/